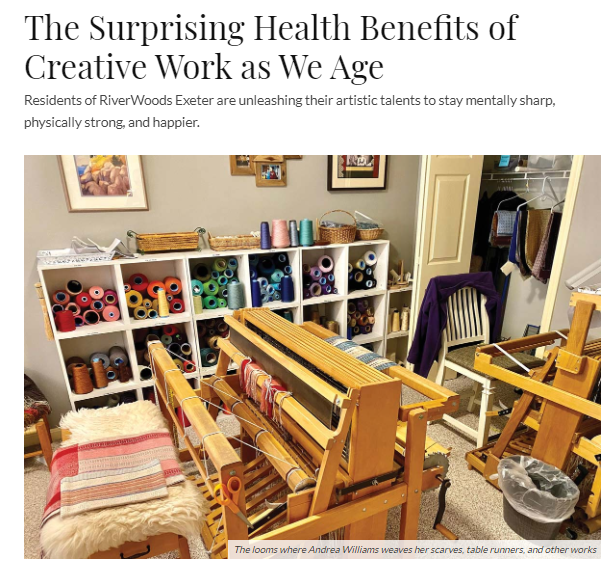 Creativity and aging aren’t usually words you would associate together. But, did you know that creativity actually INCREASES with age?
Recently, three RiverWoods Exeter residents were interviewed, and featured in an article by DownEast Magazine about their many creative pursuits in retirement. Bob Henrici shares how he fell in love with painting. Andrea Williams filled the downtime during the pandemic with hours at her loom. Peg Irish, a member of the New Hampshire League of Craftsman, creates intricately detailed felt srtistry. These residents, along with many others at RiverWoods Exeter, have found that their creativity has increased later in life.
Read more about the active lives of our residents.
Click here to read the full article about creativity and aging.