Barbara Hayward Clark grew up in Wallingford, PA, but in 1950 moved with her British parents and younger sister to England, where she lived for 9 years. When she married, she came back to Schenectady, NY. Because her parents continued to live in the UK, she made many trips over to see them. During this time, she had easy access to some wonderful museums. A visit to the Tate Gallery in London was one that initially gave her the inspiration to paint. She saw a marvelous temporary collection of Monet’s impressionist paintings. She was bowled over by how beautiful they were. It gave her the incentive to study art.

Shortly after she moved to Schenectady, she began studying painting with local teachers. While on visits to her parents, she had time to explore some of the prettiest coastal places in Cornwall, Yorkshire, and Scotland, and many of her paintings resulted from this exposure. She has also captured the coasts of the United States, including California and Maine.

Mrs. Hayward Clark is shown below with her paintings on display at the Woods Campus at RiverWoods, along with several of her seaside vistas. 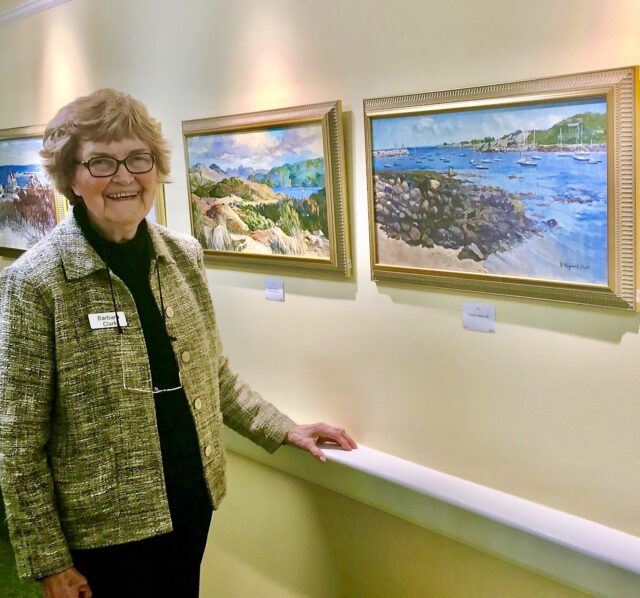 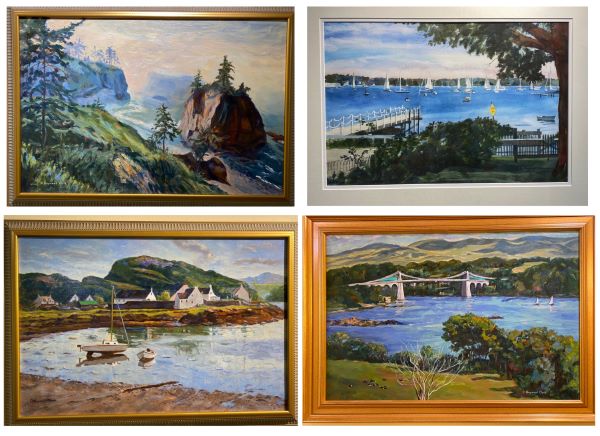 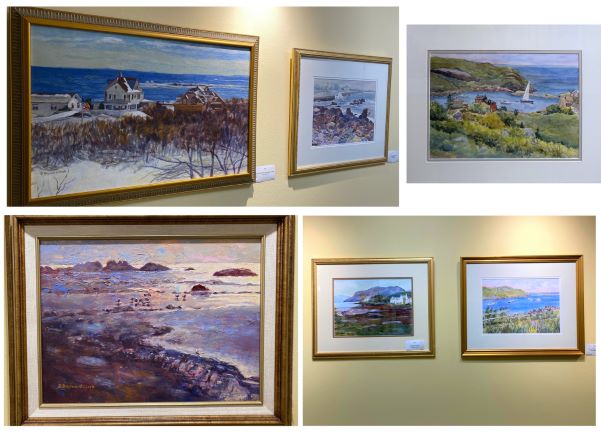