Walking Soccer was originally founded in the United Kingdom and was officially formed by Chesterfield Football Club Community Trust in 2011. The game really came to the fold in 2017 after several other clubs supported it including Seacoast United’s partners Brighton & Hove Albion Football Club. Walking Soccer stays very true to the traditional game of soccer with the key difference being that players cannot run during the game. If a player is running the opposition is awarded a free kick.

Although Walking Soccer has a number of positives and promotes a healthy lifestyle, the most significant impact that the sport has on its participants has more to do with encouraging social engagement, camaraderie and overall mental wellbeing. Several studies from the UK have shown that Walking Soccer has helped to combat dementia and other mental diseases associated with age. 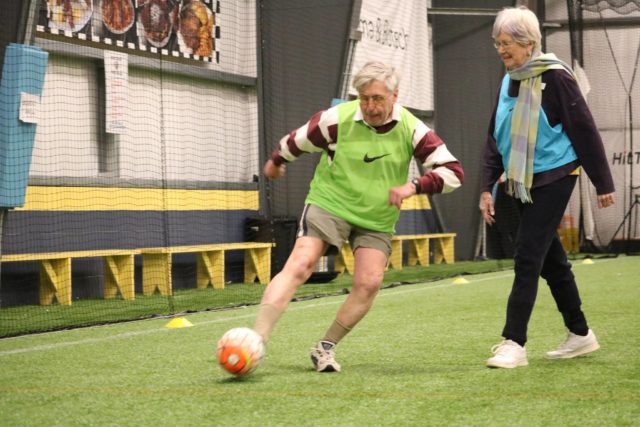 “We have worked on this for the better part of two years.,” Director of Sales and Marketing James Peterson said once the game finished. “As soon as we learned about Walking Soccer we wanted to try and introduce it here at Seacoast.” James went on to say, “We have the facilities and the set up is perfect. New Hampshire has one of the oldest demographics in the country so we knew it would be a hit if it was done correctly.”

“There were plenty of smiles and cheering out there today.”, said RiverWoods Fitness Manager Heidi Savage. “We are hoping that Walking Soccer takes New England by storm in 2019 and an age group that may think soccer is no longer accessible to them can prove the world wrong. 2020 Walking Soccer World Cup Senior Games?  Maybe so!” 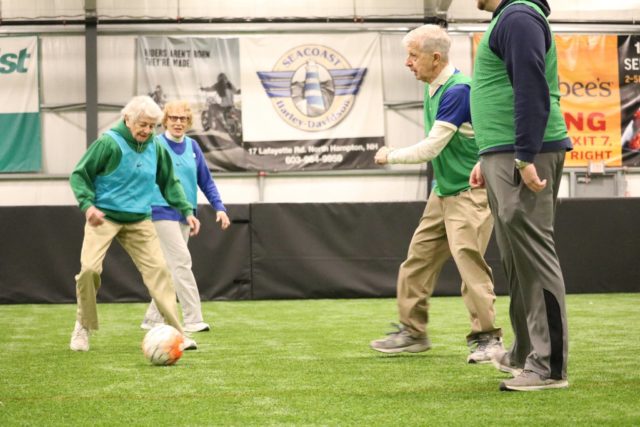